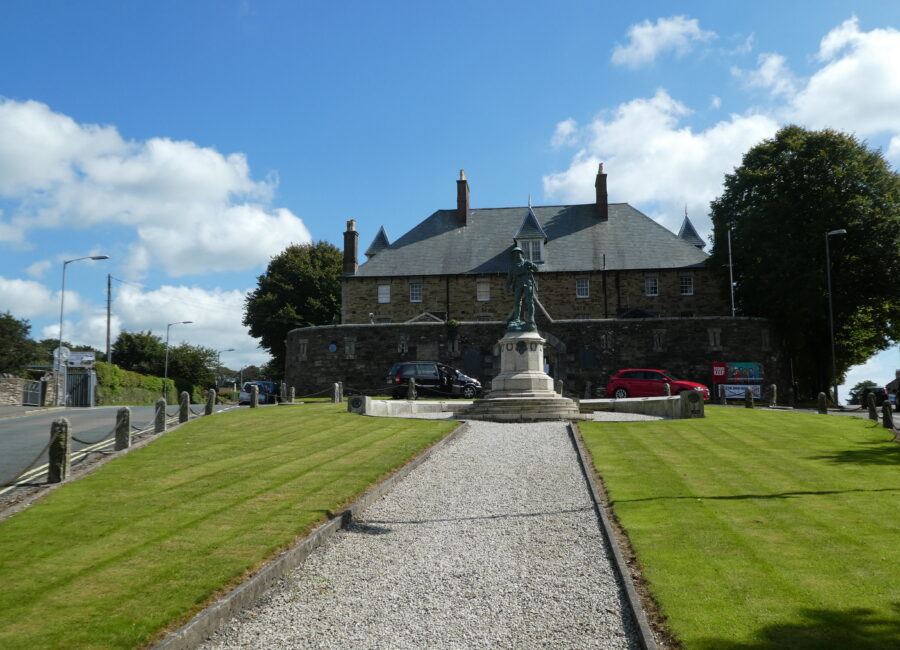 To celebrate St Piran’s Day 2021, further details of the Tour of Britain Grand Départ stage finish in Bodmin this September have been revealed.

Riders will encounter a challenging ending to the race’s first-ever stage in Cornwall, which culminates outside Bodmin General Station, the principal station on the Bodmin and Wenford Railway line, Bodmin Keep: Cornwall’s Army Museum and Duke of Cornwall’s Light Infantry War Memorial.

After a fast run in to the town centre, riders will climb for 500 metres up Turf Street and St Nicholas Street; a section that begins with a 13% incline and averages a gradient of 5%.

While the final 250 metres flatten out, sprinters will need to time their efforts to perfection to avoid being beaten in the battle to win the opening stage of the race and claim the first leader’s jersey of the 2021 Tour.

The finish is reminiscent of the finish into Newcastle city centre two years ago, when Dutch sprinter Dylan Groenewegen tamed the uphill climb of Grey Street to take a memorable stage victory.

Tim Dwelly, Cornwall Council’s portfolio holder for culture, economy and planning, said:  “Having the Tour of Britain in Cornwall offers us a chance to show our wonderful corner of the world to a global audience and will provide a much-needed boost for our towns and our tourist industry.”

Cllr Debbie Henderson, Bodmin Town Council’s Chair of Community Services, added: “Bodmin, indeed Cornwall in its entirety, needs something to lift its spirits and be able to have a day of true celebration. Whether you are a cycling fan or not, the party like atmosphere that will be present in Bodmin will not fail to bring people together and smiles to faces. Bodmin always recovers from adversity and the Tour of Britain will prove just how well we do that.”

Tour organisers SweetSpot Group are working with Cornwall Council, British Cycling, the UCI (cycling’s governing body) and other stakeholders to ensure that the Tour of Britain visit to the region takes place in line with the latest government regulations regarding public sporting events come September.

Although Cornwall previously hosted the Milk Race – the popular pro-am race held across England and Scotland between 1958 and 1993 – the modern Tour of Britain has never previously visited the Duchy since its return to the calendar in 2004.

Penzance will host the start of this year’s opening stage on Sunday 5 September, with over 100 of the world’s best riders tackling a scenic route along the region’s dramatic coastline and recognisable landscapes.

The race will give a massive boost to Cornwall’s economy, with independent economic reports estimating that the race will generate over £3 million of extra spending within the Duchy over the stage.

It is hoped that around 180,000 people will line the roads of the region to watch the stage, which will be the biggest ever sporting event to be hosted in Cornwall.