Saint Piran is now in its sixth year, and the team has come a long way in that time. Set up by former professional cyclist, current bike shop and café owner, and proper Cornishman, Richard ‘Ricci’ Pascoe, it now competes at the top levels of cycling in the UK.

Ricci’s vision was to provide a pathway for talented riders into the sport, while also promoting grassroots cycling and broad participation. At the top levels, Saint Piran became a UCI Continental Team ahead of the 2020/21 season. In plain English that means that Saint Piran can now compete, in the UK and on the Continent, in some of cycling’s top races. The reward for all the hard work has come in the form of a place in September’s Tour of Britain. As well as being one of the world’s biggest stage races, attracting the top teams in the sport (many fresh from the recent Tour de France) the event also sees hundreds of thousand of spectators lining the route, from Cornwall to Scotland. The fact that the first stage of this year’s race takes place in Cornwall is a huge bonus, giving Saint Piran the unprecedented opportunity to show what it can do on home roads.

Saint Piran also runs a Development Team to identify up-and-coming talent with the ability to rise into the professional ranks. And while women’s cycling has made huge strides in recent years, it continues to suffer from under-investment compared to the men. Which is why 2021 saw the establishment of the Saint Piran Women’s Race Team, giving the opportunity for talented female riders to become part of a professional setup. In August 2021, the women’s team took part in the prestigious Tour Series, together with the men’s team. The Tour Series consists of several city-centre races, with highlights of each stage broadcast on national television.

Looking to the future, the Tour of Britain will be a launchpad for Saint Piran, a source of pride for the people of Cornwall and a way of encouraging people of all abilities to get out on two wheels. 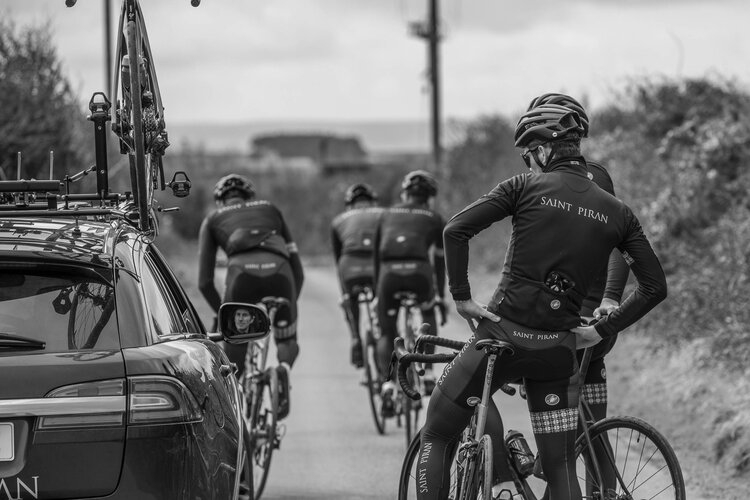