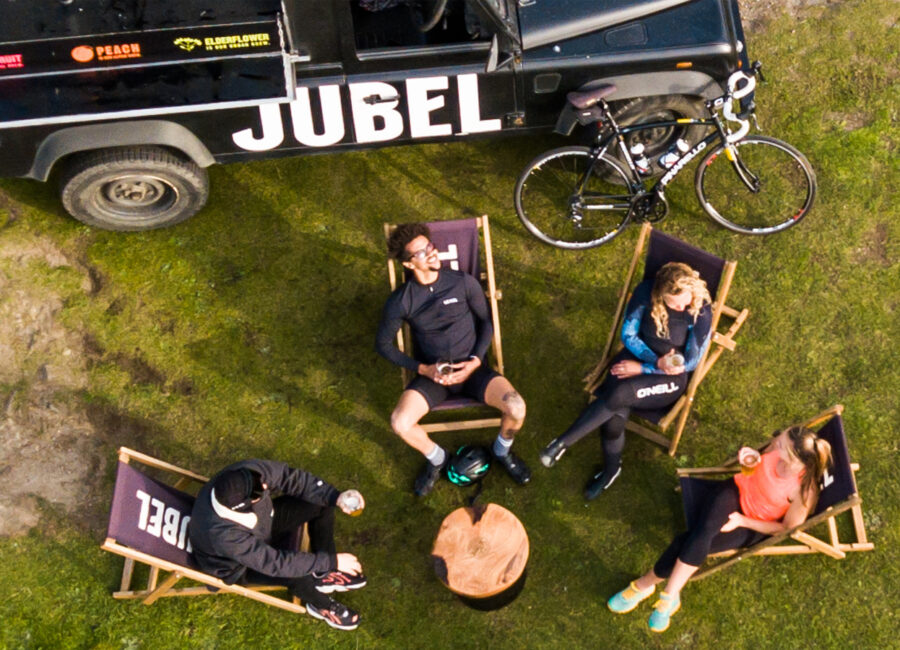 JUBEL brew dangerously refreshing craft lager cut with fruit. Their beers pack the refreshment of a fruit cider with the sessionability of a crisp lager, and are vegan, gluten-free, and a sociable 4% ABV for easy-access. JUBEL will be available for hospitality guests at all three events in 2021, while JUBEL will also engage with fans at the Tour of Britain and Women’s Tour stage finishes where they will have a retail presence in the Tour Village.

To celebrate the partnership, JUBEL are giving away hospitality passes to this year’s Tour of Britain and Women’s Tour* to any cyclist who rides 365km – the length of the 2021 Tour of Britain’s opening two stages – between today and Thursday 30 June. Entrants simply need to sign up to the June Cycling Challenge on Strava and email apres@jubelbeer.com to enter.

Jesse Wilson, co-founder of JUBEL Beer, said: “JUBEL was born in an Après bar and we exist to bring Après to the everyday. Après is drinking to the before and making a moment out of the after. Après ski, sea, sport, adventure, work. We’re super stoked to be partnering with the Tours and are looking forward to bringing Après Cycling beers to the supporters, riders and teams throughout the events.”

Jonathan Durling, the Tours’ Partnerships Director, said: “We are delighted to welcome JUBEL on board as partners to the Tours. The fact that JUBEL have chosen the Tour of Britain and our other events shows the platform that we offer brands looking to not only raise awareness of their products across the UK but also to directly engage our fans, either digitally or at the races themselves.”

About the 2021 Tour of Britain

This year’s Tour of Britain (Sunday 5 – Sunday 12 September) will take over 100 of the world’s best riders from Cornwall to Aberdeen. Both Wales and Scotland will host two stages of the event, while seven of the 12 start and finish venues announced to date – Penzance, Bodmin, Sherford, Warrington, Hawick, Stonehaven and Edinburgh – are new to the event.

With cycling enjoying a boom in the UK, and hundreds of thousands of new and returning cyclists taking to two wheels, there are a range of sponsorship opportunities available with the Tour of Britain and Women’s Tour.  Packages range from title partnerships of the events to sponsorship of the prestigious points and sprints jerseys. For more information click here.

*One winner plus their guest will receive hospitality to the Tour of Britain or Women’s Tour stage of their choice.