Cornwall to host the first stage of the UK’s largest cycle race, The Tour of Britain, in 2020 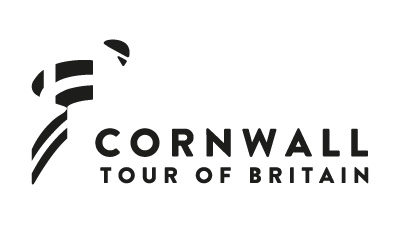 Cornwall is set to receive a boost to the economy next year when it hosts the first stage (6th September 2020) of the 2020 Tour of Britain, with riders travelling 170km through the Cornish countryside, starting at Penzance and ending in Bodmin.

The race will give a massive boost to Cornwall’s economy. Independent economic reports estimate that the race will generate over £3million of extra spending within Cornwall over the stage, and it is hoped that around 180,000 people will line the roads of Cornwall to watch.

The Tour of Britain stage will be the biggest ever sporting event to be hosted in Cornwall. The Tour of Britain is British Cycling’s premier road cycling event and the most prestigious race in Britain, and is shown live on ITV4 and Eurosport as well as being broadcast in 190 countries worldwide.

A total of 120 riders take part in the Tour of Britain and by hosting the first stage of the race in 2020, it will give opportunity for the public in Cornwall to see the world’s best cyclists in action.

The Tour of Britain stage in Cornwall will also present an opportunity for national and local businesses to sponsor the event.

Councillor Adam Paynter, leader of Cornwall Council, said:  “This is fantastic news for Cornwall, not just for cycling fans, but for the wider community as well.

“It will bring visitors into the Duchy, not only along the cycle route, but across the rest of the Duchy and it will also help to enhance our profile both at home and abroad.

“We will also work to ensure we create a long-lasting legacy from the event by raising the profile of cycling in Cornwall and motivating more people to get on two wheels and lead healthier, more active lives.”

Dave Potter, Chair of the Cornwall Tour of Britain Stage Working Group, said:  “I am absolutely delighted to be part of a team that has worked for over two years to bring to Cornwall in 2020, a stage of the Tour of Britain. It is a fantastic opportunity to present to the World, the landscape and culture of Cornwall.

“Hosting this premier sporting event also enables the generation of economic activity, promotion of healthy living and cycle tourism in Cornwall.  But above all, it will hopefully act as an inspiration to young people that anything is possible and nothing is out of reach.”

Mick Bennett, Tour of Britain Race Director, said:  “We are delighted to today be formally agreeing the Grand Depart of the 2020 Tour of Britain in Cornwall and look forward to bringing the race to the county for the very first time in September 2020.

“A lot of hard work over a sustained period has gone into today’s news, which we know will excite sports fans in Cornwall and across Britain.

“Working with Cornwall Council, British Cycling, the UCI and partners we look forward to making Cornwall the destination to be next September to see the world’s best.”

Chris Opie, Cornwall’s most successful professional cyclist, said:  “As a proud Cornishman and Cornwall’s most successful Professional Cyclist, I am a lifelong athlete who grew up in Cornwall, but had to look further afield for inspiration from world class athletes. Should the bid to host the Tour of Britain be successful, the opportunity to inspire a younger generation would be incredible.

“The chance to witness the world’s top athletes competing in one of the world’s toughest events right on their doorstep, enabling a generation to dream and to aim for large, exciting, ambitious goals could be genuinely life changing.

“Very few individuals have the belief they can do something extraordinary in life, the Tour of Britain is the perfect vehicle to showcase that life can be special.

“As a competitor, the idea to race along the roads I grew up cycling on is truly spine tingling. To stand on the start line in a Cornish town or city as part of a world class sporting event would fill me with a pride unrivalled by any sporting experience imaginable.”