“Why we are excited to be sponsoring the Tour of Britain” – by Stuart Reid, Chief Executive, Isles of Scilly Steamship Company. 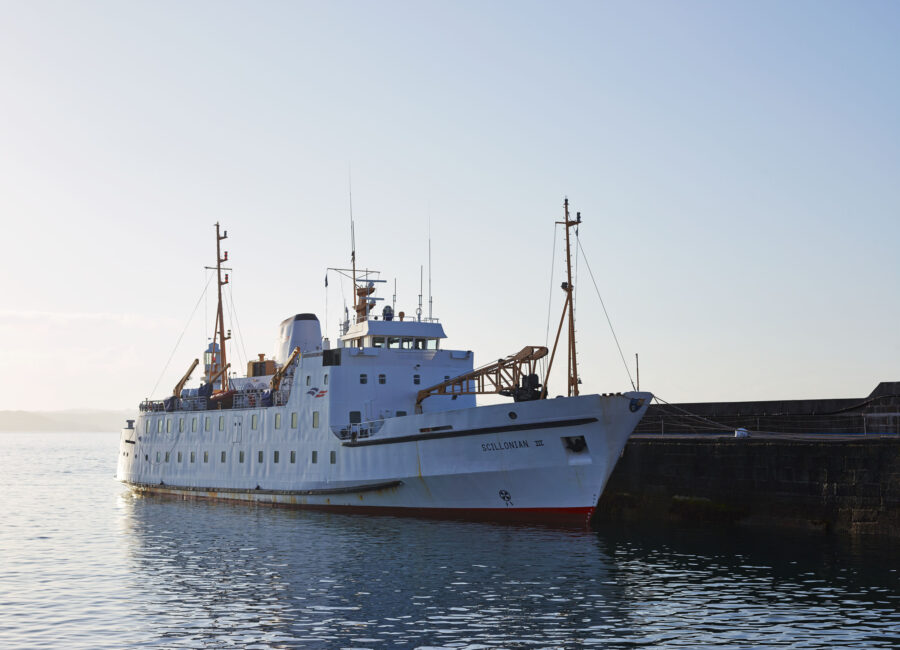 “Why we are excited to be sponsoring the Tour of Britain” – by Stuart Reid, Chief Executive, Isles of Scilly Steamship Company.
At the Isles of Scilly Steamship Company, we are delighted to be sponsoring the Tour of Britain 2021.
As one of West Cornwall’s biggest employers – with more than 200 employees including front line workers, engineer, office staff and captains – being part of the local community is at heart of our business.
We are inspired by the passion of the cyclists and their determination to excel, which is one of the reasons we wanted to get involved in the Tour of Britain 2021.  At the Steamship Company, we share those values of dedication and commitment to excellence.

We have been serving the Isles of Scilly for more than 100 years, connecting the islands with the rest of the country. Established by islanders in March 1920, the business has grown into an air and sea operation. We transport more than 200,000 passengers and 15,000 tonnes of freight a year. Our aim has always been the same: to deliver for Scilly.
In the same way that thousands of travellers depart from Penzance on board our iconic passenger ferry Scillonian III for their adventures on Scilly, the cyclists in the Tour of Britain will set off from Penzance to face the challenges and excitement of Britain’s premier cycling road race.

We are sure that the thrill of excitement and anticipation will be palpable at the starting line for the Grand Depart in Penzance. Nothing quite beats the excitement of setting off on any new journey and when it is for a race such as this, involving some of the best road cyclists in the world, we expect the atmosphere at the starting line will be electric.
The Tour of Britain was cancelled in 2020 due to Covid so it is especially exciting to see the UK’s premier cycling race starting from Cornwall this year, for the very first time. We are looking forward to seeing the wonderful town of Penzance – departure point for both the Scillonian III and Gry Maritha – in the spotlight, playing such a significant role in the event.

At the same time as running the Scillonian III passenger ferry from Penzance and our Skybus airline flying from Exeter, Newquay and Land’s End Airports, we are continually challenging ourselves to reach new standards of excellence.
We have recently unveiled designs for a new state-of-the-art passenger ferry and cargo vessels for the Isles of Scilly, following an extensive consultation process with the islands’ community.
The ferry would replace the Scillonian III, which has been serving the islands for more than 40 years.
The new design is for a 72m vessel able to carry up to 600 passengers over three decks. The new ferry would cut journey times – currently two hours and 45 minutes – by 20%, enhancing services for generations to come.

We also have plans for a 45m dedicated cargo ship with increased capacity to replace the Gry Maritha and a new inter-island launch capable of 12 knots, enabling faster journey times between St Mary’s and other islands.

We are also trialling a new freight service using a remotely piloted drone.
So, at the Isles of Scilly Steamship Company, we too are seizing new opportunities and rising to fresh challenges. That may be why we feel such an affinity with the Tour of Britain 2021. In some ways, it seems to exemplify our forward-looking values and captures the passion for excellence that is at the heart of our company.

We wish all the participants the very best of luck.